Originally published on Blogger 8/23/2011. Unfortunately the original comments can’t be transferred, but you can always add new comments. 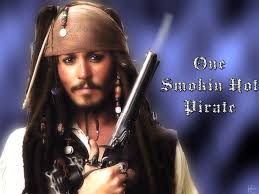 What’s on the iPod : Beat the Devil’s Tattoo by Black Rebel Motorcycle Club

Last Saturday I posted about one of our favorite characters, the Bad Boy, and what makes him tick, that undeniable list of qualities that just about any bad boy I can think of has. Today, I want to address the misunderstood Anti-Hero and the possibility that he may be way badder and perhaps closer to our hearts.

What got me thinking about the difference between these two character types was a google search for a Han Solo character analysis. In a great post HERE from Saga Journal dated 2007, I could definitely see the author’s explanation that Han is great example of the Anti-Hero and his arcing journey, one that so many more everyday people can identify with. Then I started thinking about other characters that could be classified as the perfect, lovable Anti-Hero and Captain Jack Sparrow came to mind, and Sawyer from Lost and Damon Salvatore from the Vampire Diaries, even Sonny from General Hospital.

So what are the pre-requisites for the Anti-Hero, you ask, well…..

1.) He’s a pirate – in some shape or form. I’d even go as far as to say that mobsters could be classified as modern pirates.

2.) He owns a ship, has stolen a ship, or has won or lost his ship in a game of chance.

3.) He’s a betting man and you can bet he’s probably lost more than he’s won, though nine times out of ten he did win his ship by betting.

4.) He, like the bad boy, has a pet name for the heroine/love interest. Sawyer calls Kate Freckles, and as mentioned before Han has several names for Leia like Your Royal Highness, Princess, and Sweetheart (all said with that underscore of sarcasm).

5.) His heroic deeds are fueled by a need to save their neck, save their stuff, or get a reward.

6.) They only think of themselves first, except when it comes to a beautiful – most likely in distress- damsel.

7.) He doesn’t believe in hokey religions and nothing compares to a good blaster, flintlock pistol, or glock by his side.

8.) He’s only out for numero uno and Numero Uno needs cash…cold hard credits or gold or anything salvaged from that downed Aussie flight.

9.) He’s usually caught in his own con – and it’s usually by the heroine.

10.) If he’s in a love triangle for the heroine’s attention, his competition is the do-gooder doctor, or his own vegetarian vampire brother, or the heroine’s secret half-brother that’s a jedi-in-training, but don’t worry WE want the anti-hero to claim the heroine because he’s had to work extra hard against his own devious nature to win her heart.

11.) Mr. Anti-hero is so insecure and selfish that he can’t admit how much he likes the heroine, but he will bait and goad her until she admits it first, and usually he does this with increasing sarcastic remarks laced with innuendo. “Careful with the goods, love.” ~Jack Sparrow.

12.) He’s got a “furry” sidekick, whether in the shape of one tall Wookie or a rum sipping first-mate, and this lovable fuzzball side-kick tends to be the Anti-Hero’s conscious. 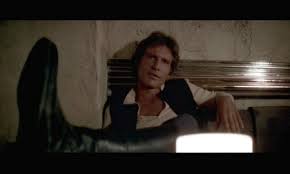 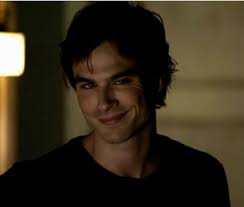 So is the Anti-Hero a Bad-Boy or the Bad Boy an Anti-Hero? My personal opinion is that the Anti-Hero can definitely be a bad boy, but I think, the difference is in these Anti-hero’s motivations. They’re selfish first and through a connection with the heroine, or hero and friends, they change and realize that their motivations to be heroic stem from their desire to put other’s first and that the reward of friendship and love is better than the solitary journey they were once on.

As for the bad boy if he’s the hero then his motivations are more altruistic from the start. He just has a jaded past that perhaps shadows his actions and reactions, but his heart is in the right place to begin with.

So what are your thoughts? Any other qualities you think the Anti-Hero has? Leave a comment!

The Kick-Ass Heroine vs. The Meek, Yet Strong Protector Heroine