What’s on the iPod : Footloose by Blake Shelton

This week I thought I would continue talking about the Bad Boy. Why? Because I love a Bad Boy dressed in leather, a little bit longer hair, and rebellion oozing from them like too much Drakkar Noir.

Why not follow up with the Bad Boy’s ride. He gets around, and I don’t mean that in an innuedo kind of way, well okay, maybe. He’s a guy that’s driven by purpose and that purpose is usully dragging him some where. So how does he get from Point A to Point B? Let’s examine those drool worthy modes of transportion becuase you’ll find what the Bad Boy eases into says as much about him as his haircut (which maybe another post later down the line).

Mr. Brady succeeded in kidnapping his future bride while she stood at the alter forced into marrying a man she didn’t love and who was EVIL. Naturally, the rough-n-tough Bo on his brother’s police motorcycle rescued Hope and took off with her on the bike, his mullet hair whipping in the wind and her veil trailing behind.

2.) At sixteen you’d think Jace Wayland would drive, well, something cool. But this shadowhunter is too busy killing demons and stuff and saving Clary to even remember to get his driver’s license let alone have a car to drive. But he sure knows how to sweep a girl off her feet and off the roof of a vampire infested run-down hotel. In the Mortal Instruments City of Bones, Jace commandeer’s a vampire motorcycle that can fly – all fueled by demon energy. And yes, it seems he’s saving Clary’s life as they plummet off the side of the building on the hot bike.

I DRIVE THIS TO HIDE MY ULTRA COOL. YOU SHOULD SEE MY GARAGE….

3.) After being seventeen for 101 years, you’d think Edward Cullen would drive that Astin Martin to school, but Noooooo. He drives the more sensible Stupid Shiny Volvo. But hey that Volvo says, please don’t look at me, no look at me, now look away, I’m a ….teenage vampire, wanna be bad boy with a gold heart, cause you know it stopped beating at the beginning of the last century, but for you Bella I’d drive the Astin Martin to feel the thrum through my body the same way I would feel if my heart actually still pumped blood through my veins.

4.) It’s no surprise that Stefan Salvatore also has a garage filled with shiny cars he could be driving but chooses not too. Granted he doesn’t have to do much to impress Elena. He’s a vampire too. And whether you’re a fan of the TV show or the books, you know Stefan’s at least 70 years older than Edward. Though, we rarely see Damon drive anything, maybe that’s because he’s really the Anti-Hero and they have their own set of transportation.

A HORSE OF COURSE

5.) I’m going to have to throw this in here, but James Alexander Malcolm Mackenzie Fraser certainly falls into the Bad Boy category. He’s an outlaw with a price on his head, he’s got a pet name for his heroine(Sassenach), he’s been a mercenary and he will lead men into battle. That being clarified, let’s talk about that tall, red-headed Scotsman and his mode of gettting around. The horse of course. It’s like the Eighteenth Century Motorcycle, though a little more smelly and tempramental. Jamie’s horse is Donas, Gaelic for devil. And there’s nothing more sexy than a burly Scotsman in a kilt astride a horse.

6.) I just finished reading the first Iron Fey book, and yes, the Winter Prince Ash is definitely a Bad Boy. For this ultra-cool, almost frosty, bad boy elf prince only a fey horse will do. In fact, not to spoil, but the first time we see Ash – and we all know that’s who it is – he’s out in the middle of a Louisiana bog astride a fey equine. And from that moment, we know it’s all Team Ash!

THE WIND BLOWING THROUGH MY HAIR 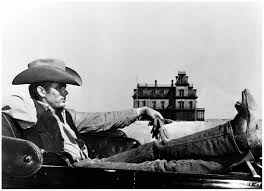 As I consider this mode of transportation, I realize that the convertible may be reserved strictly for the Anti-Hero. You might even consider the open deck of a pirate ship a pseudo-historical convertible.

7.) My all time favorite, and perhaps the Godfather of Bad Boys, is James Dean. He only made three movies, but they were classics. In Giant, which is probably my favorite James Dean and Elizabeth Taylor movie, Dean drives an old convertible Model T. I think this picture says it all.

8.) One of my favorite characters in literature and film is Vicomte de Valmont. The unlitmate 18th Century French Aristocrat Bad Boy…goodness…he may even qualify as an Anti-Hero. But when he falls for Madame de Tourvel, he changes his ways, that is after he thoroughly destroys her because he can’t handle his love for her. A couple of years ago, there was a modern version of Les Liaison Dangereuses that took place in an upscale Manhatten private school…Cruel Intentions. And befitting the suave lethario Sebatian Valmont was his exotic convertible classic Jag. Excuse me, can I get a ride…please!

9.) Back to Damon. Yes, Mr. I’m The Bad Vampire Brother does drive a convertible. And we know he is soooo devious when he pulls up in that baby blue- matches my eyes – convertible and smirks at Elena.

Those convertibles just say take my breath away and my resolve because you’re just soooo hot in that car! 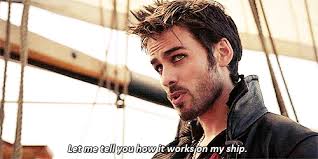 Have any more Bad Boy Rides to add? Leave a comment!!